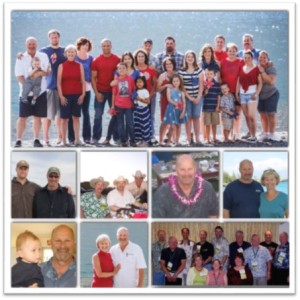 Life, as we know it, in the Western States is largely dependent on an abundant supply of water. -Dan Jensen (2005)

Robert “Dan” Jensen peacefully succumbed to advanced gallbladder cancer at home with his family on the morning of April 20th, 2015. Dan was a loving husband, brother, father, grandfather, mentor, and friend. He spent his life making Southern California more beautiful during his 48 year career in landscape and arboriculture. Dan had a BS in Ornamental Horticulture from Cal Poly Pomona, was an International Society of Arboriculture Certified Arborist, a licensed Pest Control Advisor, and a Qualified Pesticide Applicator. He was active in the activities of the Western Chapter of the International Society of Arboriculture, the Street Tree Seminar, the California Pest Control Advisors Association, and the Agricultural Production Consultants Association. He was a Past President of Street Tree Seminar, served a second term as Treasurer, was also a Past President of the Western Chapter of the International Society of Arboriculture, and remained active on the Finance Committee thereafter. There are no words that can explain how much Dan will be missed. He is survived by his wife Rhonda, son Dane, daughter-in law Diane, grandson Manus Daniel, second grandchild due in May, and his three siblings, Dale, Denise, and Diane.

May God keep you safe.

There will be a Rosary Service for Dan held at 6pm at St. Bonaventure Catholic Church in Huntington Beach on Thursday, April 23rd. In lieu of flowers, it was Dan’s wish that donations be made to The Britton Fund or The Tree Fund.